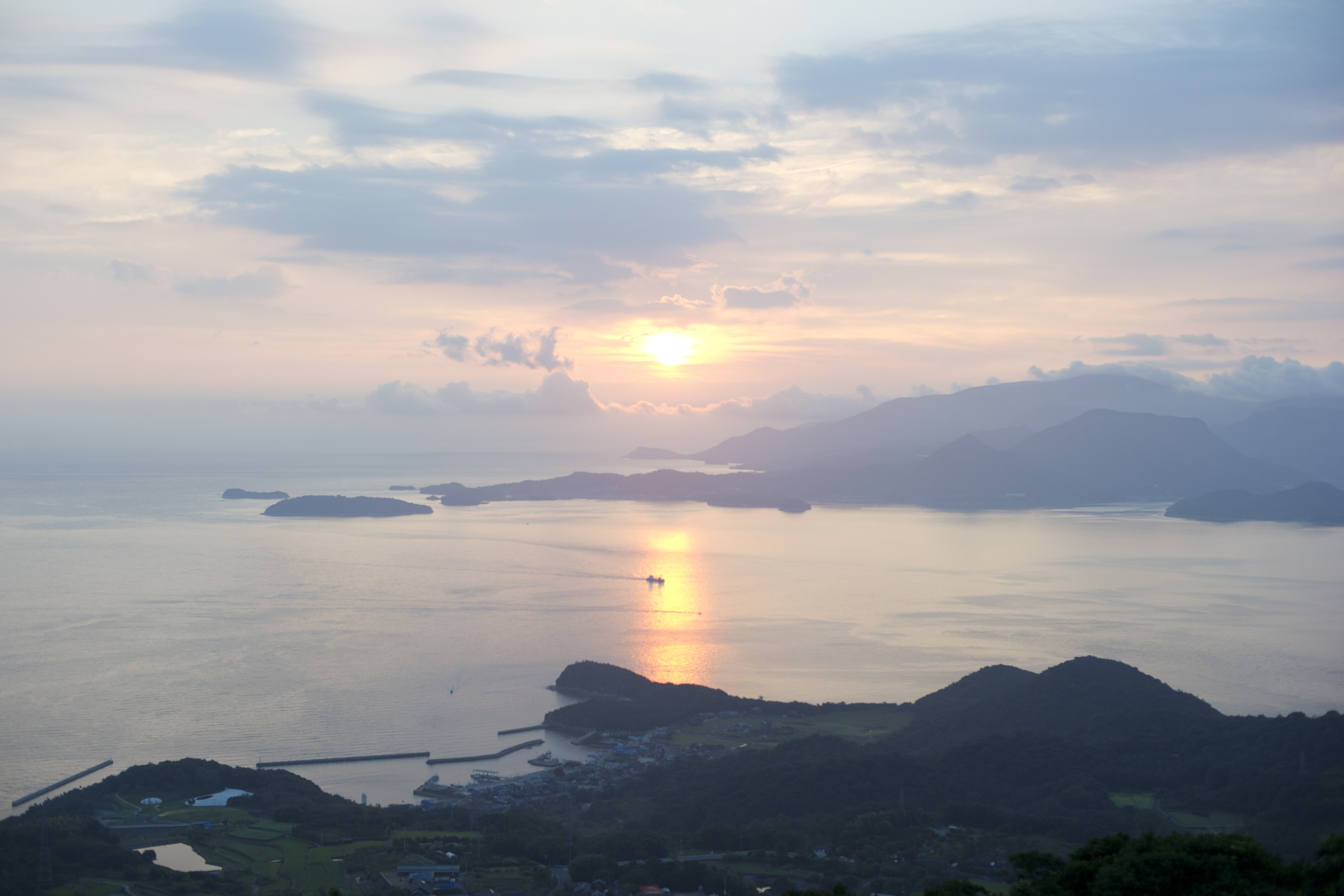 Located in between Kagawa Prefecture and Okayama Prefecture in the Seto Inland Sea, this peaceful island has an area of 14.5㎢ and a population of approximately 760 people. Soft tuff and hard andesite referred to as the “Teshima Stone” is the granite that forms the bedrock of this plateau. The locals enjoy delicious water thanks to the rain that falls on the island, which is purified through these rocks and stored at an altitude of 330 meters in Danyama. In the local village of Karato oka, there is a place where fresh spring water has never dried up called “The Spring Water of Karato”.

Before water pipes were introduced, it was rare to be able to grow rice on the Seto Inland islands, however Teshima has enjoyed rice cultivation since the ancient times. Exploring the island of Teshima, you can see plenty of past and current rice fields, and the water reservoirs beside them. With over 300 water reservoirs, you can feel the wisdom of the ancestors who skillfully used Teshima’s natural terrain and environment to their advantage. Moreover, surrounded by the Seto Inland Sea, fishing opportunities were plentiful. It is with these factors that this island became known as “An Affluent Island”. 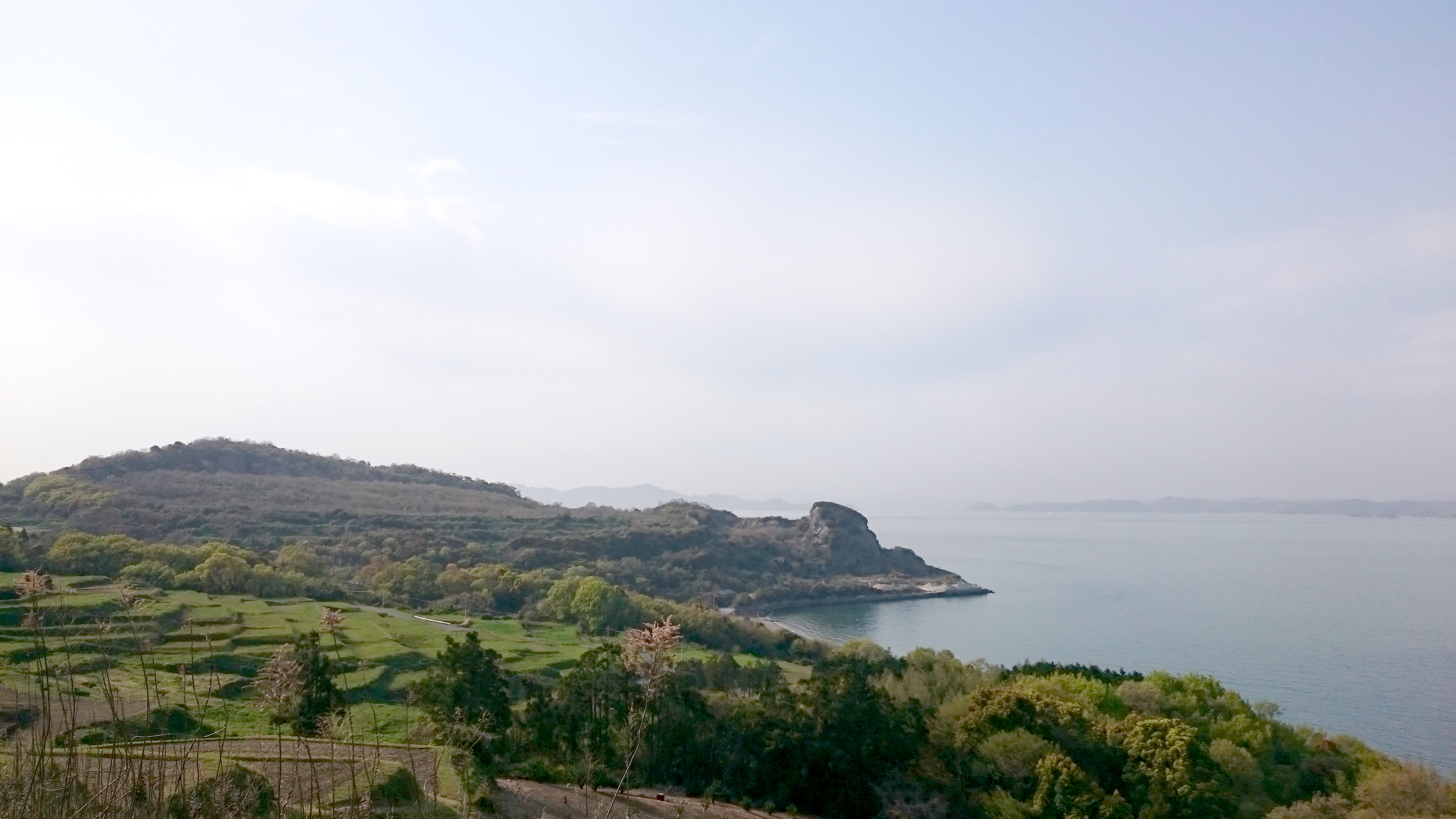 Karato district used to be home to rice terraces along the sea facing slope of Danyama. However, as time went on these rice terraces were not maintained, and had been home to thick vegetation and bamboo.

In 2010, in conjunction with the opening of Teshima Art Museum and Setouchi Triennale, these rice terraces were restored by the locals as well as Fukutate Foundation, a public interest foundation. While complete restoration of its original form was not possible due to damaged waterways and thick vegetation, the rice terraces has been restored where possible.

The sprawling rice fields and terraces are a symbol of abundant water, and a scene appreciated by Teshima Art Museum visitors. Moreover, those who work in the rice fields are proud to be surrounded by such natural beauty and of seeing the Seto Inland Sea glitter in the wind as they take a break from their work.

The Island of Rock 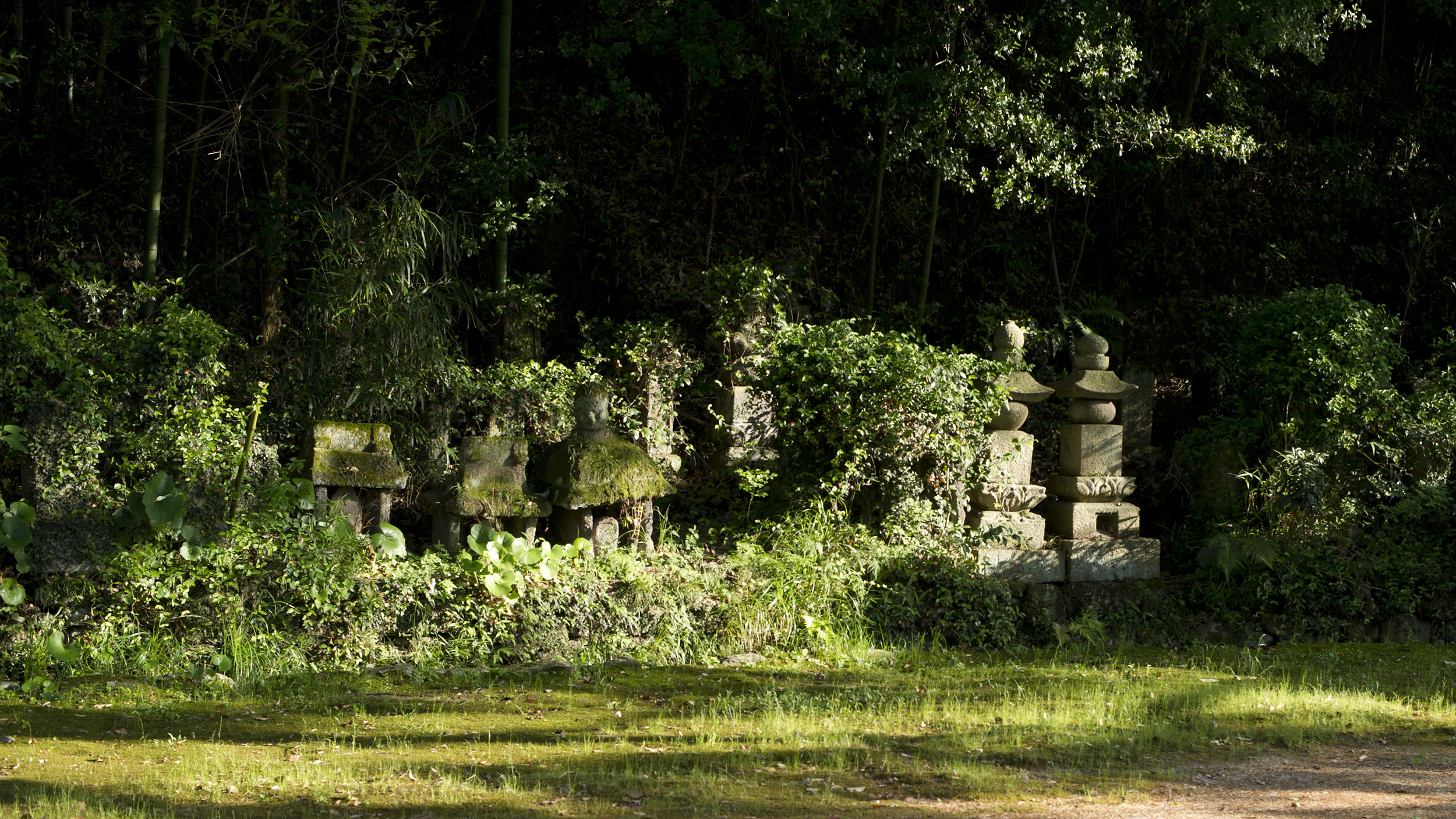 Teshima has long been known as “The Island of Rock” due to the tuff rock that can be collected called “Teshima Stone”. While “Teshima Stone” is soft and easy to process, its properties are fire resistant and therefore were often used for lanterns and home kilns. With its utilitarian properties, the “Teshima Stone” was also used in the lanterns of the Katsura Imperial Villa. Unfortunately as the mining industry declined this stone is no longer currently resourced, stones are a very important part of the culture of Teshima.

Beginning in the 1970s, Illegal Dumping of Industrial Waste became the largest nationwide industrial waste problem, however efforts are continuously being made to process illegal waste and renewing the environment. 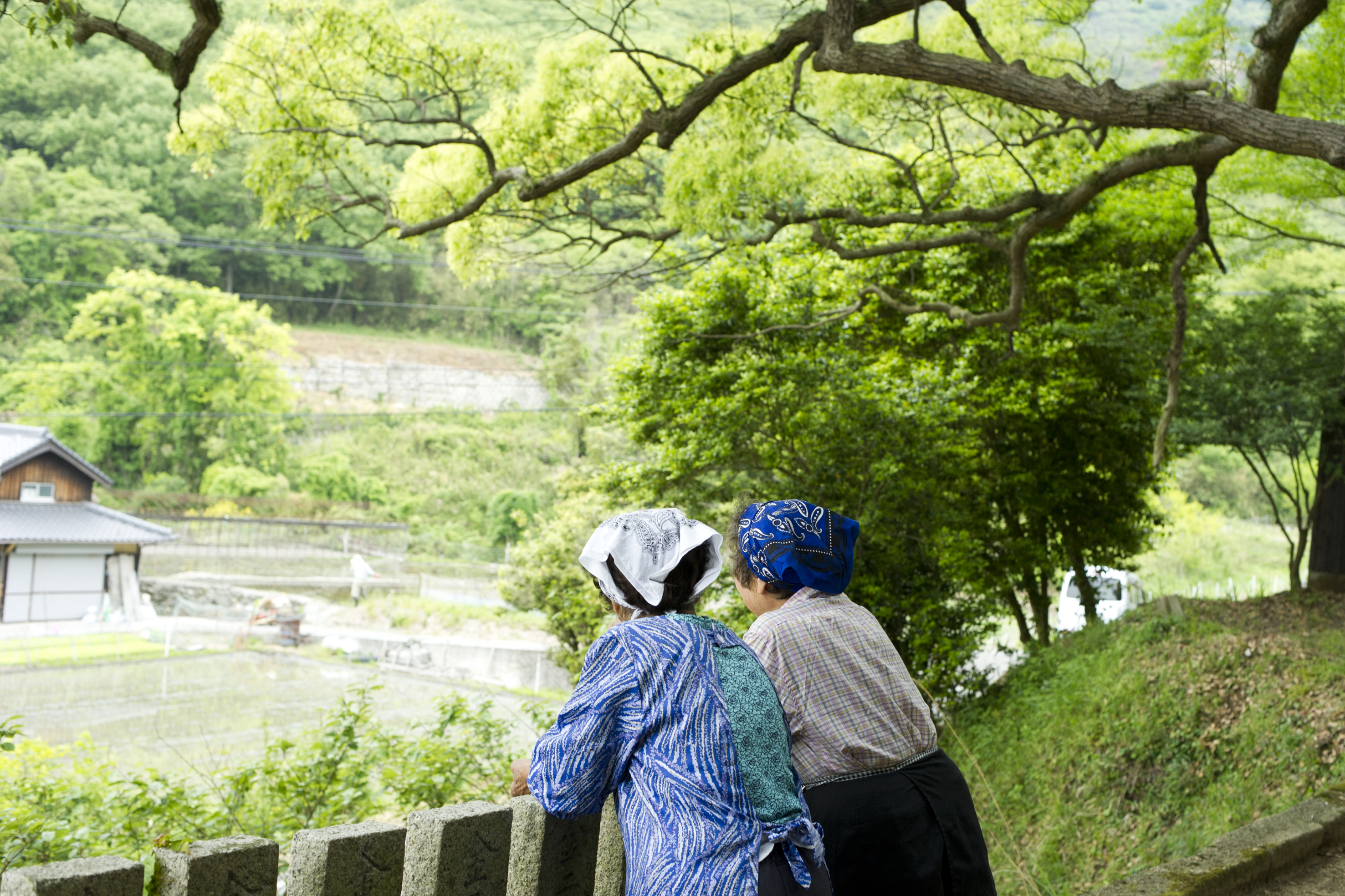 The first words out of the mouth of anyone visiting Teshima are “A beautiful island.” Of course it is special to the residents as well, who boast of it as a “beautiful place”. The scenery of the south side of the island is exceptional. From the wide orange and olive fields that seem to draw near to the roads, to the path that faces and opens out towards the sea, beyond the Seto Inland Sea to Gokenzan and even Yashima, all of it can be taken in in one unbroken view. 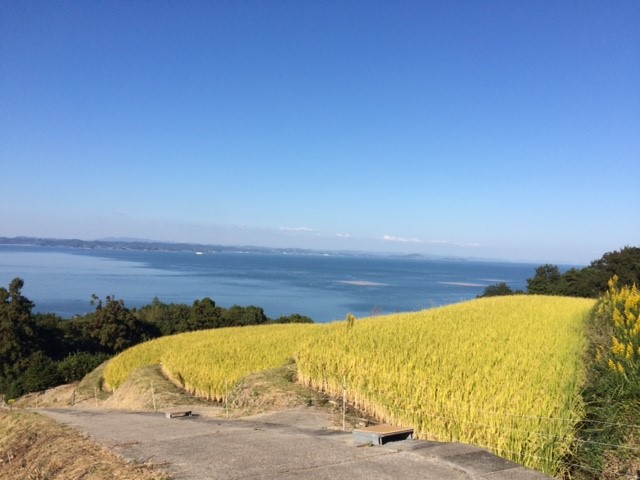 Thanks to the gentle climate of the Seto Inland Sea, rice and a variety of vegetables and fruits are cultivated in the terrace fields in Karato. These crops are used by local restaurants in the island. 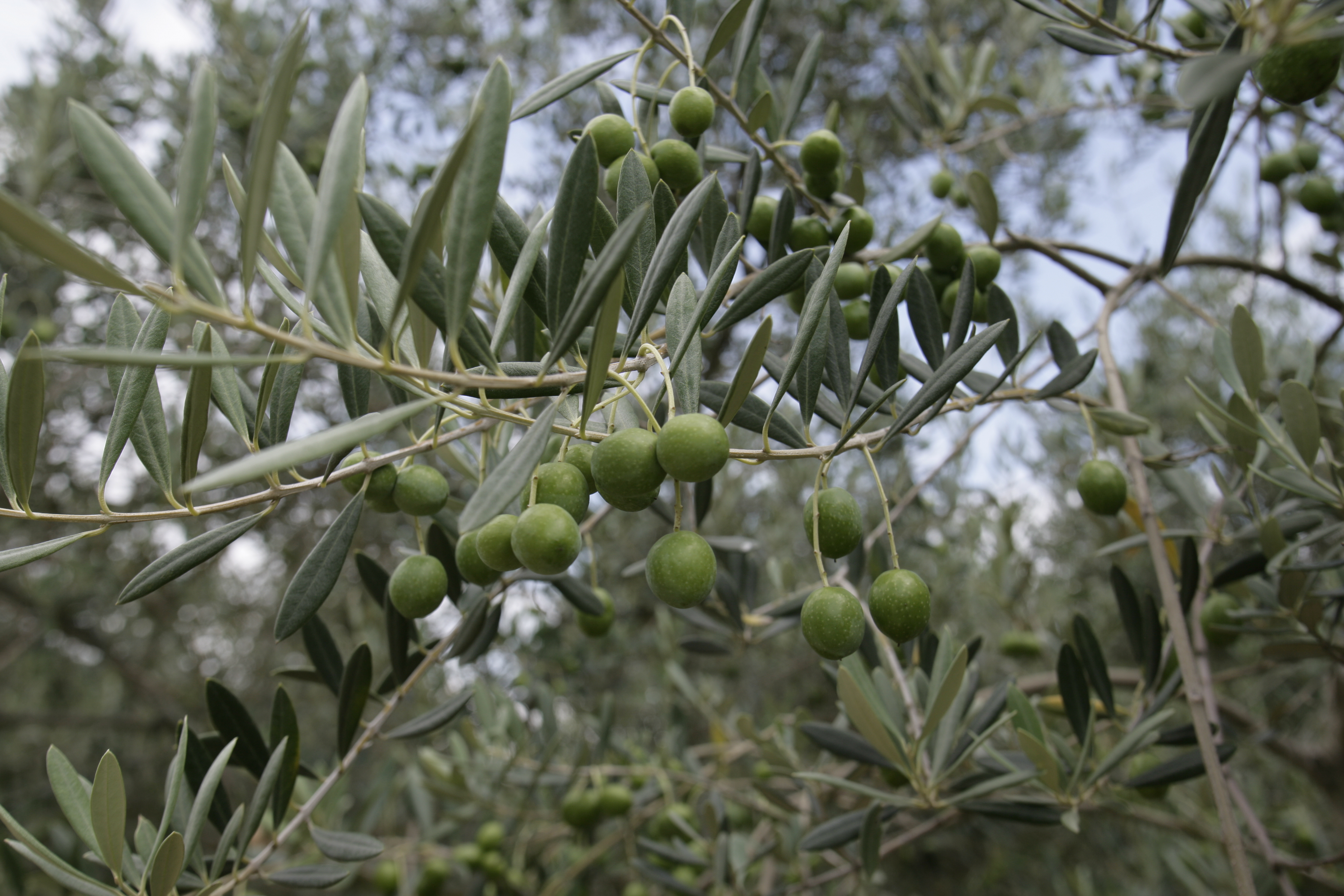 One of the olive plantations in the southern part of Teshima counts about 10,000 trees. Olive is the prefectural tree of Kagawa, and a treasured resource for the islanders. The olives are pressed right away to produce oil or used to produce processed goods. Freshly pickled olives are a delicacy produced only at harvest time. 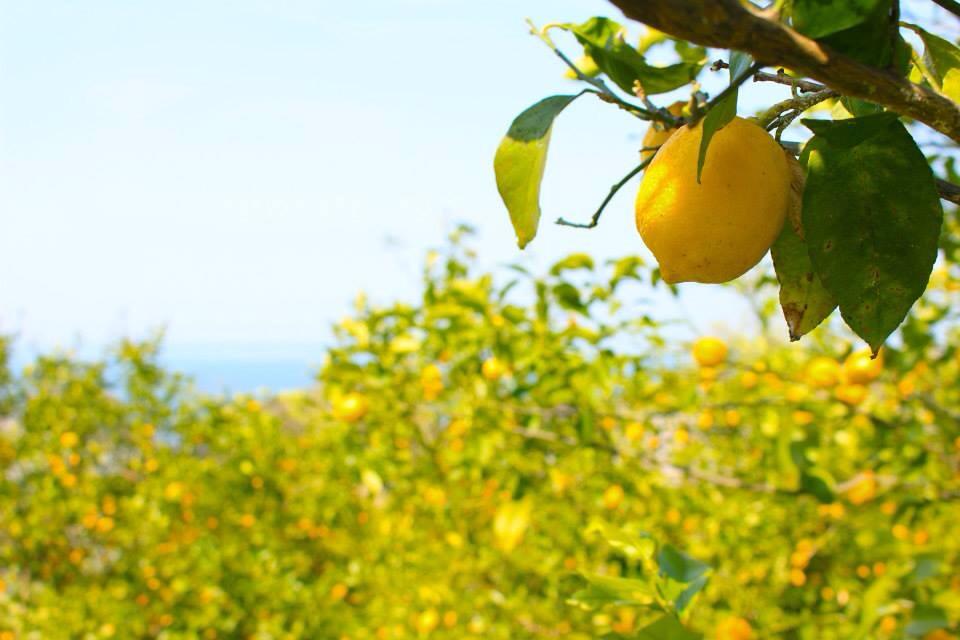 Lemon cultivation is popular in Teshima, and a lot of juicy lemons are harvested from winter to spring. The lemons are shipped out from Teshima or processed into various products. The sight of beautiful plump lemons during harvest season is a source of joy on the island. 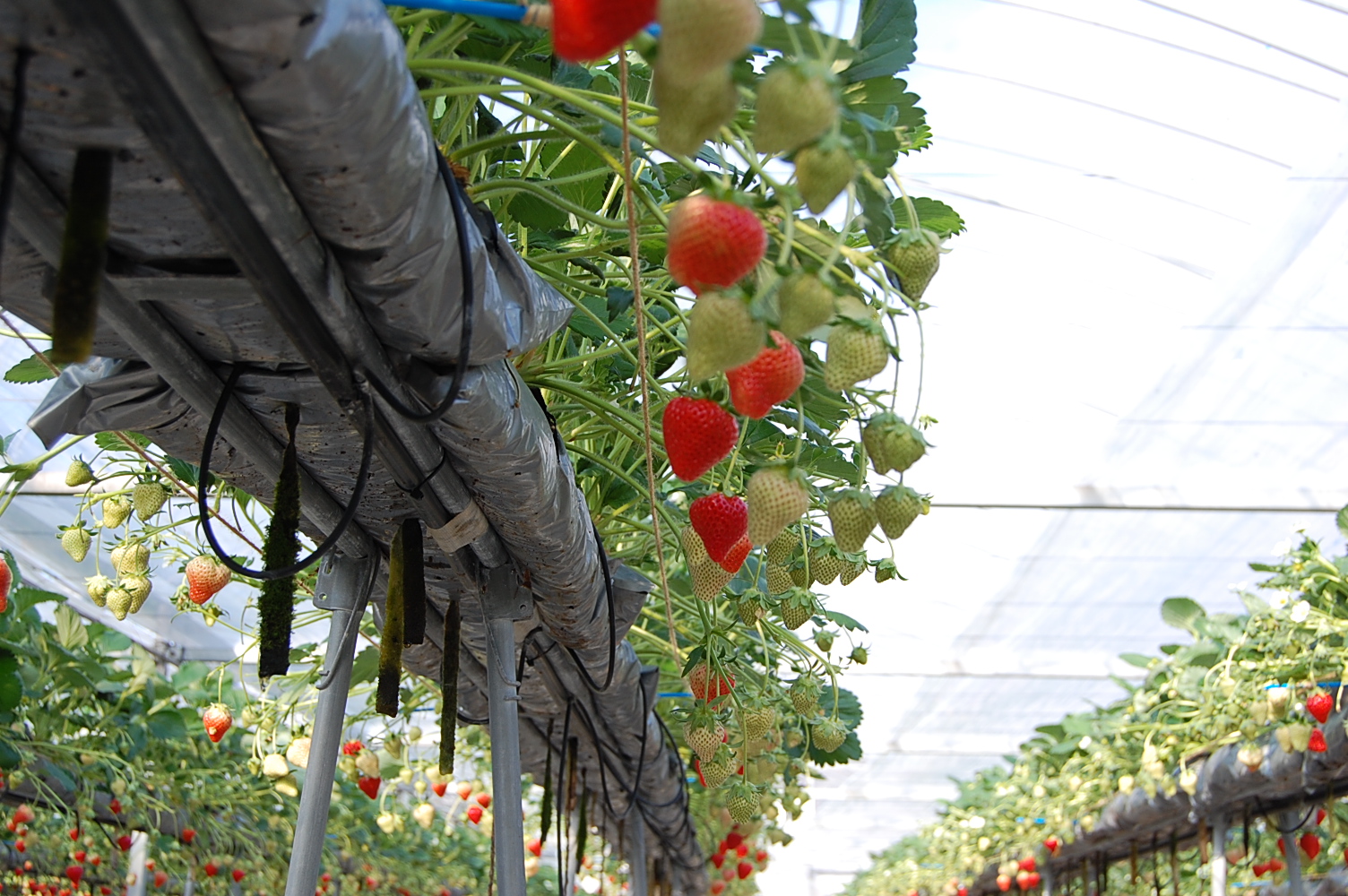 There are five strawberry farmers on the island. ‘Nyoho’ strawberries with a subtle balance of sweetness and sourness are cultivated in greenhouses. Harvest time is from December to May. Some of the farmers also run a strawberry-themed cafe. Did you know that strawberries taste best when eaten from the side of the hull? 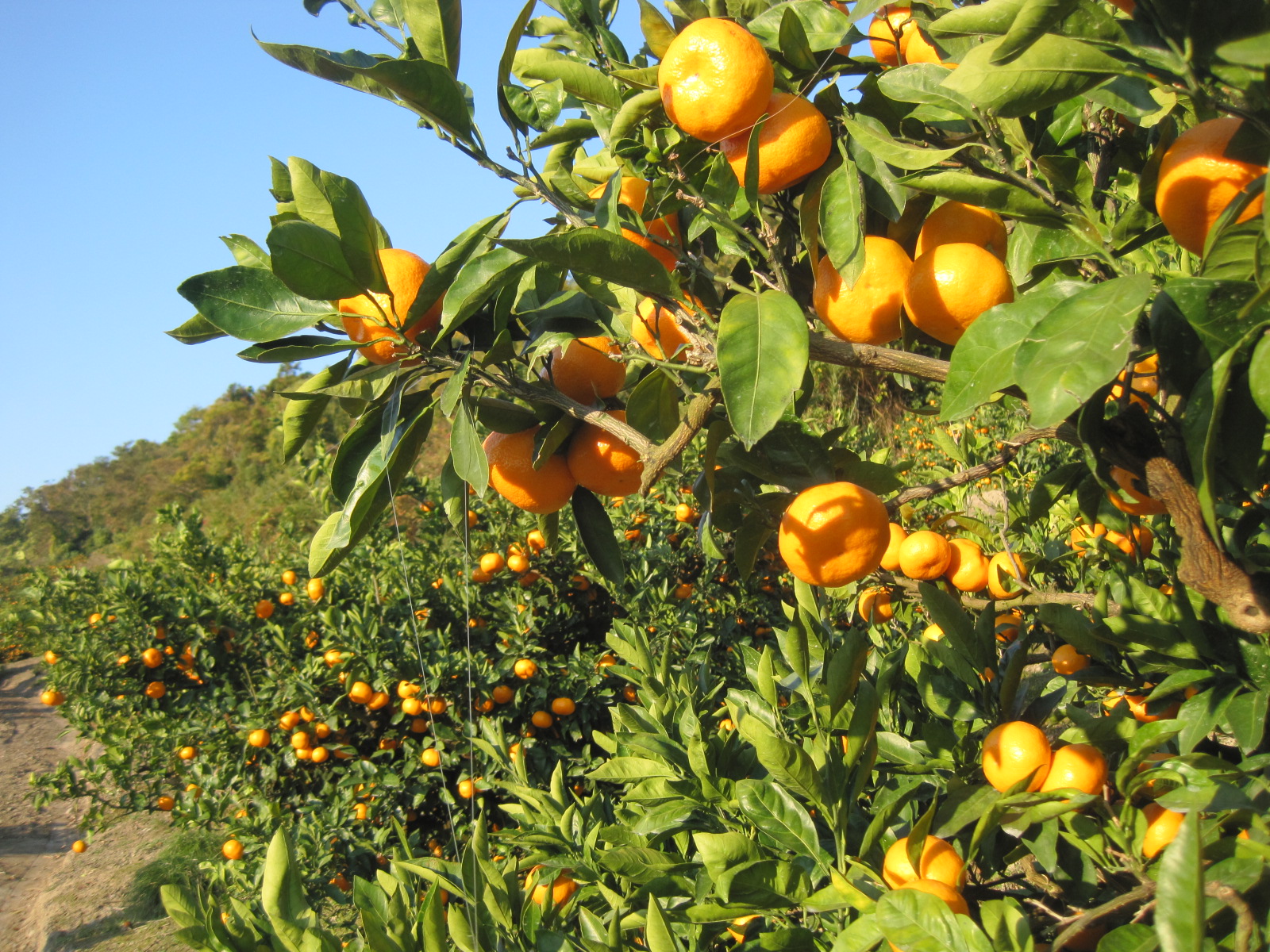 Various citrus fruits such as mandarins and sweet springs are harvested in Teshima besides lemons. The harvest season is winter, but you can enjoy the nice scent of blooming mandarin orchards in early summer. Frozen mandarins are also a delicious treat during hot summer months. 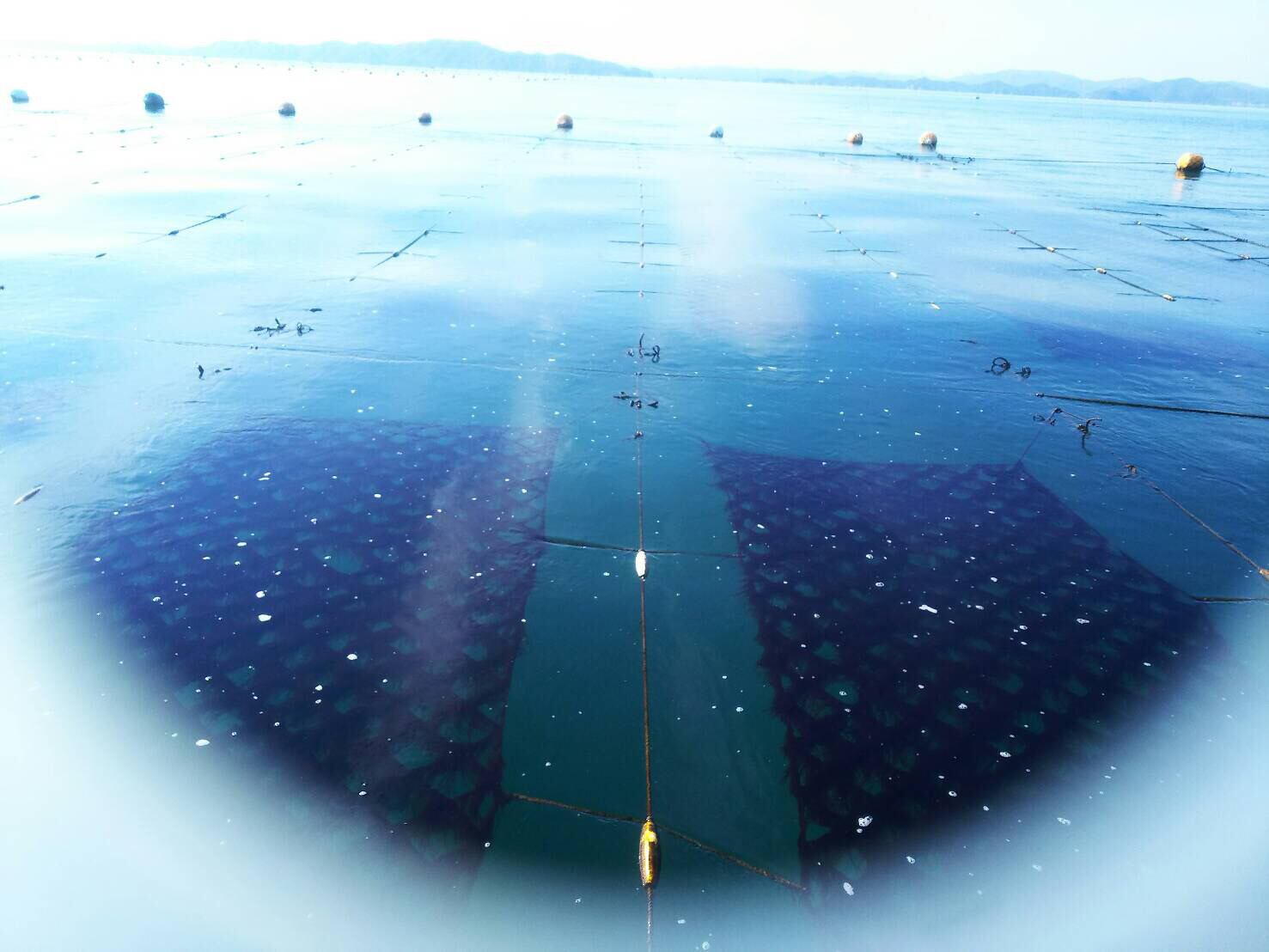 Nori cultivated off the coast of Teshima is harvested and processed on the island. Rafts used for the cultivation of seaweed float on the sea from autumn, and you can see them from the rice terraces in Karato. The first pluck of the season is delicious and seems to melt when put in the mouth. 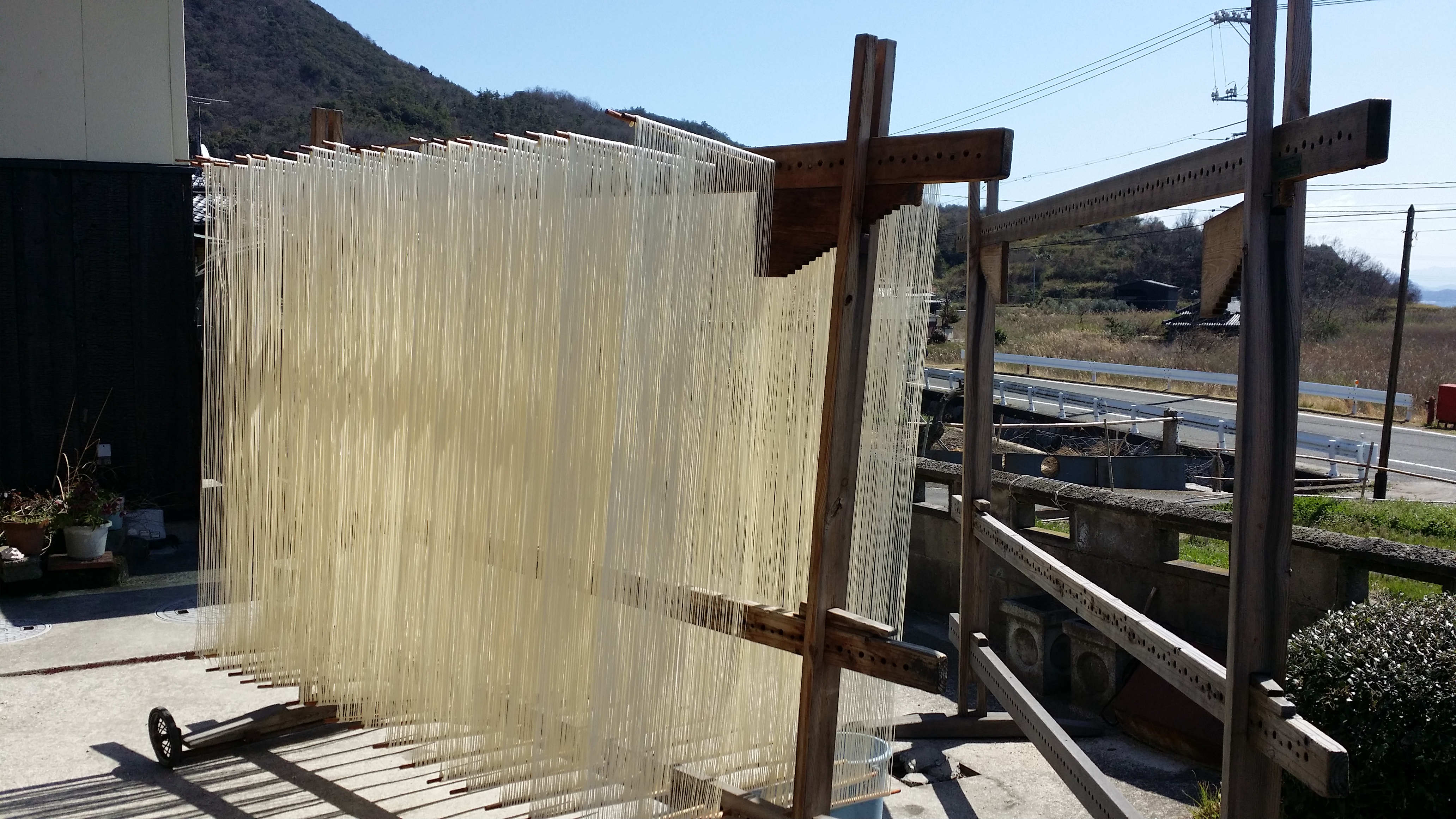 There are two noodle factories on this island, keeping the ancient hand-stretching production method. The sun and dry winter air make beautiful white somen. The edges of noodles (fushi) produced during the manufacturing process are also a popular delicacy.